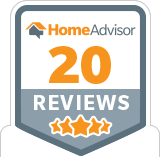 Roof Inspection and Repair in Bennington, US

I contacted Premier Exteriors because there was water damage on the ceiling in one of the bedrooms from a roof leak. This water damage showed up after a winter of a lot of big snow storms and ice storms. I contacted them on a Thursday, and on Saturday they had someone out to look at the problem. After showing him the ceiling, he checked the attic space to try to trace the source of the leak. He then went onto the roof and told me that the roof was in real good shape but there were a couple of places that he thought needed to be tarred. He tarred several areas including an exposed nail head. The Premier Exteriors representative charged $30.00 and left me info on contacting them if I should happen to have more problems. Since they were here, we have had several bad Spring storms with high winds and rain blowing sideways that have caused many roof problems in the neighborhood and I am happy to report that the leak has not repeated itself. I was very happy with Premier Exteriors response and service and and I will not hesitate to call them again for any other services that they provide.

The attic was checked to see if the water damage could be found there. The roof was inspected for areas that could be the source of the leak. Several areas on the roof were tarred.

Gutters Installation in Gretna, US

My wife looked up on Angie's list for them. We are very happy with them. We had a couple of bids and their bid was kind of in line with everybody else. They had some better ideas on guttering and we liked that. They seemed to be more personable than the rest of them. We went with them and they did a very good job. The price they quoted was pretty much in line with the others and cheaper than some of them. I rate them high overall. They were fine. We had one little problem in the end, and they came and fixed it. If needed, I will use them in the future.

We used Premier Exteriors a month ago to do the roofing. They did some gutters as well.

Both James and Sandra have been great to work with,they are both very responsive to our needs,have a crew that works efficently,and seems to be ahead of schedule.
Sam S. - Papillion, NE 68046
4

I was somewhat impressed by the site estimator. He was prompt in arrival, and his bid. He played the salesman game that everyone does, calling his boss at the table, etc, and seemed a little cocky in his attitude, so he wasn't any different than any other company. The bid was in the middle of the others, and he was able to get me the shingles I wanted. He was also going to and from the hospital where his mother was, so he was stressed during the entire process, but visited the job site as often as he could. When the crew showed up the first day, I was a bit disappointed to see a truck with another company name. Of course, no one in the construction industry doesn't sub-contract, so no big deal. The first day went very well. The crew tore off the north side roof in a couple hours, and finished that side by the end of the day. Some repair materials that we had discussed never arrived in time, if at all. There seemed to be a communication issue with the company bosses on when some 1x4 and other supplies would get there, so the crew supervisor had to make some snap decisions on how to solve the lack of materials. The second day went much slower, and the job wasn't finished by the end of the day. They were fighting a coming rain, and some light sprinkles came down during work. They were able to cover the roof with tarps before leaving. The rest of the job had to be completed the morning of the third day. Yard cleanup wasn't exactly what I expected. Some personal trash was left, and some nails here and there. I had a wooden rake in the yard that looked similar to one they brought with them, so when they left, they took mine instead of theirs. The siding and gutter work is another matter. One side of the house that needed the most work was done fine. On the other side of the house, a piece of fascia was attached incorrectly, with the seam running the wrong way, with the overlap running under the piece below it instead of over, so I expect some water may run under it. It also appears now that some nails are pulling away and will need to be re-seated next summer. As for the additional gutter on the dormer, it took two weeks to get it done. I was told it was due to high winds. The run was ten feet. After a two week wait, one morning before work, two workmen were at the house to measure the length of the dormer. The man in charge said he had been out several times to measure the run. That day he was going back to the shop for materials to put up the gutter. Something didn't seem right about it, but I dismissed it just to get the job done. It was finished when I got home and looks fine. All in all, things went ok. I finally got a new roof on the house, and it looks good. I'm interested to see how it looks after a year or two, and will need to fix the small mistakes that were left. The man in charge of the job was able to meet me at work to get the final payment. He was kind enough to work around my schedule and meet me in the evening, a pretty far distance from his office, to pick up the final check. I have pretty tough standards, especially when I'm shelling out so much money. I would consider using them again, but I'm not sure if I would, depending on the job. I have yet to find a company that I am completely satisfied with regarding my home repairs, so I am likely to try someone else anyway. This was my first experience with a roofing job, and by all the stories from co-workers and other friends who have done roofing, my experience isn't unusual. Once I find the company I really like, however, I will be a very loyal customer. I looked them up on this website and saw their positive ratings. This was one determining factor in giving them the job.

Since my home is older, a lot of demo work had to be done as part of this job. Asbestos shingles, cedar shakes, needed to be removed before USB, felt, shingles, etc could be laid. After the roofing material, some fascia and soffitt repair was required, in addition to a gutter being put back up on one side, and a new gutter put up on a dormer. The house had no roof venting, so vents were added where space allowed.

Basically, the roof was a complete tear-off due to age and damage, down to the spacer boards. And an entirely new roof put up.

While I felt the price was high for a new roof and gutters, the company did a great job, showed up on time, prompt service, there was one person we spoke with but everyone was very helpful. They consulted with the homeowner on a valley flashing issue and did a great job installing the flashing. They used a large trailer for a dumpster. The roof for the house was completed in one day, the gutters were installed on a separate day with a sub-contractor, and the garage roof was done in one additional day.

If you are considering a home roofing project, I can highly recommend the services of Premier Exteriors Roofing Company. Under the direction of James Pull my roof was completed from start to finish within one week. Everything went smoothly, expertly and, with total attention to detail. As well, his crew operated in a DEPENDABLE Professional and timely manner. Everything was finished to my complete satisfaction. After several bids prior to Premier Exterior, it was refreshing to connect with dependable and professional organization that kept all commitments, and stood by their workmanship with attentive follow-up. You will be satisfied with your decision to contact James Pull at Premier Exteriors
Karen Kelley - Beaver Lake, NE 68048
5

This company was my 1st choice hands down! They walk you thru the job step by step and offer great advice. They keep in touch with you and make sure all is ok and that your satisfied with contractors and each job. VERY HONEST AND PROFESSIONAL!!!
Homeowner - Council Bluffs, IA 51501
5

He did fascia and soffit replacement, the work was done fast and very well, was impressed with the speed of the job, and the clean up that followed, will be using Premier again